Although many of these stitches are used in other forms of embroidery, the technique used to create them is slightly different. The difference is caused by the method used to manufacture the rayon thread. For example, cotton thread uses an S twist when the fiber plies are combined into a strand. Rayon thread uses a Z twist. One type of twist turns the fiber plies clockwise; the other turns them counterclockwise. When forming the knots of Brazilian embroidery, the embroiderer must wrap the thread onto the needle in the opposite direction from that used in other types of embroidery. Otherwise the fibers of the thread will unravel and make the resulting stitches and knots unattractive 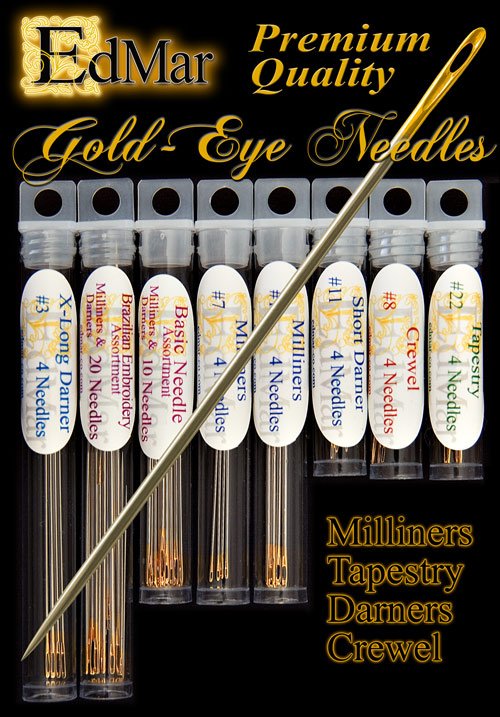